APC: 5 benefits of Advanced Process Control you can generate in your plant - starting this year

Advanced Process Control (APC) carries a raft of benefits. Any competent control engineer can list at least a dozen. That list will often contain only quantitative benefits - emphasizing production yields, feedstock flows, product qualities and the like. There are however also other benefits to advanced process control - benefits less strictly numeric, but nonetheless with a huge impact on operating efficiency.

In this blog, we’ll explore some of those less obvious benefits. They’re not all percentages and ratios that let you manage the day-to-day; many are broader concepts that often make the difference between a harmoniously operating plant and one constantly on the edge. Take a look at this set - and see if it includes any you hadn’t thought of:

1. It can overcome over-eager alarms 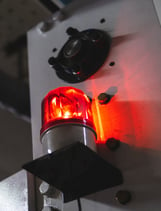 Spend time in any control room, and it’s obvious not all (sub)units take the same share of their operators’ time. Some units tick along silently for days or years; others scream constantly for attention, with never-ending alarms resulting in frequent operator interventions.

This means operations staff can spend 80% of their time on only a few (sub)units, at the expense of no or less potential process improvements elsewhere. Which is a waste of productive output and human capital.

The APC approach - constant small adjustments in pursuit of an optimized target, without wild swings between peaks and troughs of operational limits - quietens the cacophony of alarms in today’s control room. Operators and managers alike will appreciate the time it puts back into their day.

2. It’s less of a grind on capital

Big peaks and troughs around setpoint values have another effect: they’re hard on equipment. Plant trips are often induced by frequent mechanical and thermal stress resulting from oscillating behavior. Even more, a plant trip today might be the main cause of the next plant trip, due to the huge disturbances and stresses induced. A plant running smooth, controlled by very small frequent adjustments can have very long runlengths. APC provides a way to do it. Avoiding 1 or more trips can have a larger payback as the ongoing realtime optimization itself.

3. It gives a single version of the truth

We’ve all seen it. Ten engineers around the table, ten opinions on what actually happens in the complete plant when a valve is opened or closed. It’s surprising how much plant management relies on personal experience and rules-of-thumb. 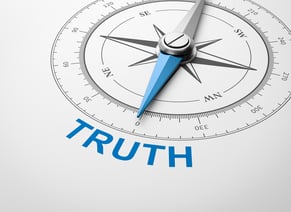 That leads to another benefit of APC and model predictive control software: the way it removes doubt from the conversation. Mapping every manipulation to every control variable, seeing the results of each interaction with all its contributing factors, settles such disagreements. Such map, called the control matrix, is part of an APC system.

The unified insight that APC brings to the staff has a huge benefit.

4. It helps the plant adapt to the circumstance

When energy prices are low and sales margins are high, APC systems are used to push the plant to the throughput limits. Every day some percentages are added to the production numbers compared to when you’re running without APC.

When some months/years later margins are low and energy prices are high, the definition of optimal operations will change. Instead of maximum production, the new target will be lowest possible energy consumption for a given production rate.

In a non-APC world switching from one operation strategy to the other, will involve many discussions, many manipulations, extra training and a lot of trial and error.

In the APC world that strategy switch is just a matter of a few simple priority changes in the APC controller. These can be done while the APC is running and in a few seconds. If you want you can put that switch behind a “strategy selector” on the DCS screen.

5. It can answer environmental concerns

With climate change and environmental items high on the political agenda, it is fair to say that the oil&gas, the refining and (petro)chemical industry have a challenge with respect to their reputation. Even if massive investments are done to reduce the impact of the industry on the environment.

Licenses to operate are often linked to accumulated emission measurements and the number of emission incidents. It is also carved in stone that the threshold levels will only decrease in the next years. 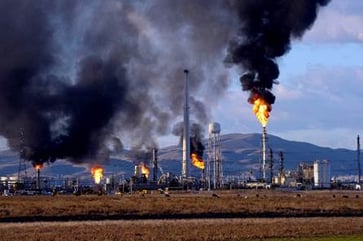 Optimal control and APC have proven to help reduce emissions and help to stay under these thresholds. It will continue to help in the future to stay under the even more strict thresholds without the need to always spend millions on new equipment.

Improved performance under stricter regulations will also help to improve the reputation of the industry. All good to keep the license to operate and also to attract new employees in modern times.

Perhaps these aren’t the first benefits that come to mind when you think of Advanced Process Control. But that’s why we added this blog. The benefits aren’t all numerical. Some make business sense, some make common sense. And all are reasons to consider an APC implementation at your plant.

Why not ask the IPCOS team how APC and software like INCAtools can add value to your operation?

Would you like to receive more information about Advanced Process Control software like INCATools MPC? We’ll take you through the 7 main reasons why you should use a software package instead of freeware downloaded from the internet. Read the whitepaper here: