PID Tuning Example: How to do PID tuning for interacting loops?

Tuning of PID controllers has shown to improve plant performance and increase stability and safety. Very often, single control loops are tuned with the focus only on that specific loop, without regard for process interaction with other control loops. Depending on the nature of the process, this interaction can lead to a destabilizing effect where the control loops fight each other instead of working together in harmony. Discover in this PID tuning example how to analyze and tune interacting loops in this blog.

Interacting PID loops exist in many ways. Here are some PID tuning examples of interacting loops: 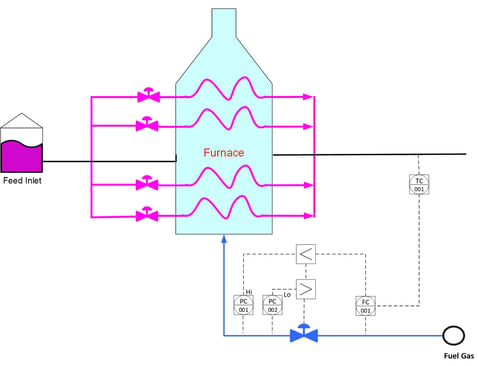 It's not always obvious that control loops are interactive. Think, for example, about areas in the plant with lots of heat integration. Or upstream feed flow controllers and downstream pressure controllers, with often multiple units of equipment in between. Sometimes the operators just know that putting two control loops in auto mode at the same time, will create havoc.

It can be time consuming and frustrating to tune these two loops (or more than two) separately without having a good understanding of issues of controllability and the interaction between them. Having fast, seemingly good tuning for one loop, may prove to excite another loop at a later moment in time to an extent that you get all that disturbance back to the original loop. And vice versa. This will make all your hard work a waste of time.

PID tuning should be right for the process

In day-to-day operations, interacting PID controllers are often in manual mode or they cause process oscillations when in auto. In many cases it's not that straightforward to recognize that loops are interacting. In the case of two interacting loops, putting both in manual and performing steps on each of the valves will show the responses on the respective process variables. The relative size of the interaction will also become clear. You will notice that any control action on the first loop, will automatically result in a disturbance that has to be rejected by the second loop, bouncing it back to the first loop. Making independent steps on the control loops, while in manual, can even shed some light on the controllability. In an extreme situation, there could even be a case made for swapping control handles for those interacting process values.

It is very challenging, we can almost say impossible, to tune interacting loops by trial and error, and even to use simple rules of thumb. That is because the actual process should be used as the point of departure, especially when that process is of a multi-variable nature. You should also keep in mind that process dynamics change over time, due to different plant loads, fouling of exchangers, deactivation of catalyst etc.

You should choose the PID tuning in such a way that it can comfortably accommodate these changes in the process without causing cycling or even instability. That is important for single loops, but even more so for interacting loops. That can be difficult when you are tasked with to tune optimally for the current plant conditions, but robust enough for possible changes in plant conditions. I am sure there are some examples of this on your plant to testify to this fact. 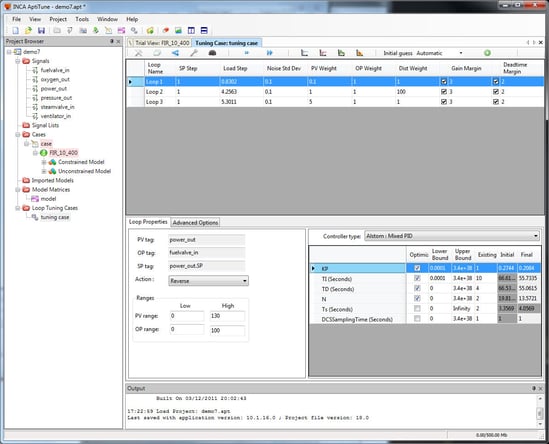 For complex interacting PID controllers directly affecting plant throughput, optimal tuning is essential. Because time is scarce, you preferably want to do it first time right to get a loop that is robust and will stay tuned for the long term. To do so, PID tuning software will help you accomplish this.

PID tuning tools can calculate the parameters you need for a stable process. This will be done through simultaneous analysis on the interacting loops. So the tuning parameters will be good enough to create harmonious co-existence between these interacting loops, even when the process changes over time.

Yes, you do need to spend time on open-loop tests on the interacting loops as described above. This will aid in your understanding of the process and the particular interaction, but also generates the kind of data necessary for the software to calculate a multi-variable process model. The optimal tuning will only be calculated based on the actual process model. This structured approach will not only help in understanding the problem, but will surely save you time when compared to multiple tuning iterations afterwards. The other plus is that the structured approach in the software to quantify and implement robustness for the interacting loops is also part of the final tuning result.

The only PID tuning software to focus on interacting loops

Tuning interacting loops simultaneously is difficult and time consuming without the proper tools. Luckily there is software that can help you with calculating the right parameters so you don’t have to look at it again. In the end, the software helps you achieve the desired result faster. It simplifies the task of getting interacting loops tuned so they do not wind each other up, but work together without causing disturbances to the plant. 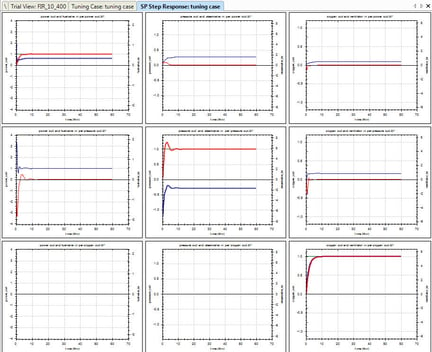 With PID tuning software focused on interacting loops — you get:

To learn more about tuning interacting loops around distillation columns; have a look at this case study: